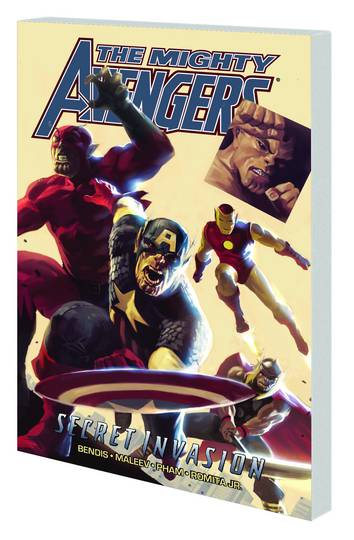 Nick Fury is back! As the war with the Skrulls reaches a fever pitch in SECRET INVASION, MIGHTY AVENGERS answers many of the event's most compelling questions: Where is Nick Fury, and what has he been up to? Who are the mysterious "Caterpillars"? What's keeping the Sentry from taking out the shape-changing aliens single-handedly? And Hank Pym's a Skrull...how the heck did that happen?! Featuring Fury, Sentry, Pym, Spider-Woman, the Wasp and the Avengers, these four stories excite and unnerve at the same time! Collects Mighty Avengers #12-15