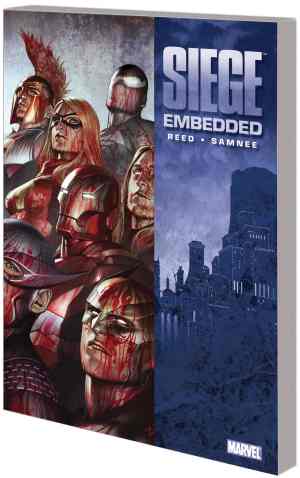 In a 24-hour news cycle, who owns the truth? Is it Norman Osborn, who is sending a massive army of H.A.M.M.E.R. agents and assorted super bad guys to crush Asgard? Is it Todd Keller, the frenzied and frenetic mouthpiece from cable news Osborn has handpicked to deliver his message? Or is it the one man on the front lines - Ben Urich - who is willing to reveal the harsh realities of death and destruction doled out in the name of national security, even if it means his own death? One way or another, some version of the truth will be told! Collecting SIEGE: EMBEDDED #1-4.