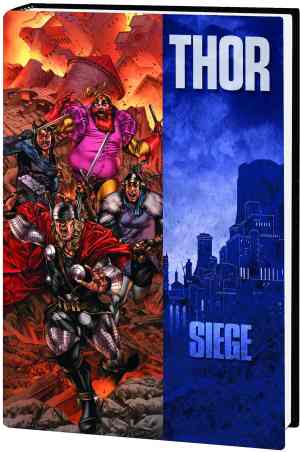 Asgard lies under SIEGE! As the evil eye of Norman Osborn falls on Asgard, what happens to neighboring Broxton, Oklahoma? What unexpected enemies will be drawn to the scene like carrion to a carcass? And what unlikely heroes will rise to the town's defense? The Asgardians face the battle of their lives...and the showdown that's coming may end their new life on Earth as quickly as it began! Then, delve into the world of Siege's most devious major player in SIEGE: LOKI! And in NEW MUTANTS, with all the Asgardians falling in the Siege of Asgard, someone needs to deal with the dead, and who better to do so than a Valkyrie. But where is Dani Moonstar supposed to be bringing these dead? Collecting THOR #607-610, NEW MUTANTS #11 and SIEGE: LOKI.