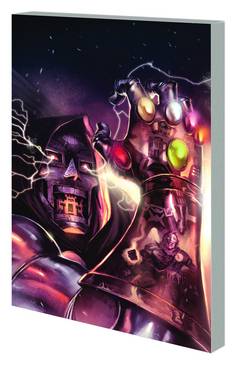 WHAT IF SECRET WARS TP

Marvel once against poses the question, "What If...?" What if Iron Man had died instead of Captain America? What if the Scarlet Witch had said "No More Powers" instead of "No More Mutant?" What if Mary Jane was shot instead of Aunt May? What if Doctor Doom had kept the Beyonder's power? And finally, what if the Runaways had become the Young Avengers? Collecting WHAT IF? CAPTAIN AMERICA: FALLEN SON, SPIDER-MAN: BACK IN BLACK, SECRET WAR, NEWER FF, X-MEN: HOUSE OF M, and YOUNG AVENGERS/ RUNAWAYS.