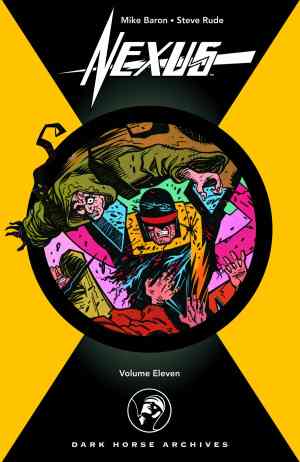 Saved from certain death by Sundra's shrewd business dealings, current Nexus Stan Korivitsky attempts to pick up where he left off: creating the University of Ylum and pursuing a relationship with Sonia, a former mole within the Elvonic Order. However, when the latter attachment is violently severed, Stan throws himself into his Nexus work with such brutal and indiscriminate fervor that even Ylum is forced to cut ties! Enter the Bad Brains, twisted Head-like beings who are all too willing to provide Stan fusionkasting powers in exchange for him enacting their vengeance. Meanwhile, a well-kept secret of the long-absent Merk is uncovered, the antitechnology god Elvon imperils Ylum, and Horatio's extended soul-searching travels come to a surprising conclusion.