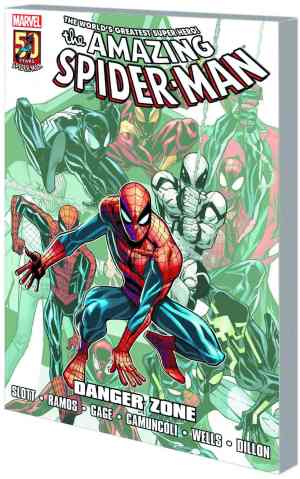 Celebrating 50 years of power and responsibility! The most powerful entity on Earth is Alpha - a brash Midtown High slacker who gained his powers in a lab accident during an experiment conducted by none other than Peter Parker! To head off worldwide calamity, he'll have to learn how to be a hero - and fast! And that means Spider-Man's got his first-ever sidekick! Then: war of the Hobgoblins! Phil Urich has donned the demonic cowl as the Kingpin's top enforcer, but Roderick Kingsley is back, seeking to reclaim his murderous mantle. And Kingsley may not be the only former Goblin who wants to stake his claim! Plus: Peter struggles to tell Aunt May the secret he's hidden for years: He's responsible for his uncle's death! Collecting AMAZING SPIDER-MAN (1963) #693-697 and material from #692, and AVENGING SPIDER-MAN #11.