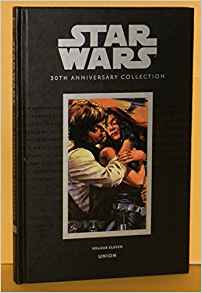 When Luke Skywalker, the New Republic's greatest hero, decides to marry Mara Jade, the woman who was once the Emperor's personal assassin, you can be sure that hands both Imperial and New Republican will be raised to stop the marriage-at any cost! Starring Han and Leia, Chewbacca and Lando, Union marks a monumental event that links the classic trilogy to the boundless future of the Star Wars galaxy! A twelve volume series bringing readers a limited-edition hardcover of the best of Dark Horse's Star Wars graphic novels. Available only through Direct Market retail outlets, each volume's print run is limited to initial orders and will not be reprinted.