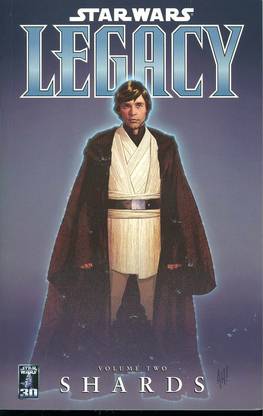 Cade Skywalker returns to the place of his father's last stand against the Sith and finds far more than ghosts in this volume filled with revelations about the future of Star Wars! Discover how the Empire joined forces with the Sith to defeat the Galactic Alliance in the war to dominate the galaxy-only to have Darth Krayt and his legion of followers usurp ultimate power for themselves! Follow the fate of an Empire divided, with battles pitting stormtrooper against stormtrooper, and Sith assassins bent on taking the life of deposed Emperor Roan Fel! Witness a galaxy in turmoil, and the decisions that will shape its future!