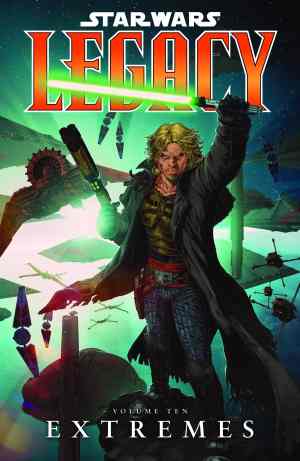 One hundred thirty-three years after Luke Skywalker made his final stand against the Emperor and Darth Vader, the Galactic Alliance, Emperor-in-exile Roan Fel's forces, and the reunited Jedi Order are finally ready to take on the Sith Empire. Everyone is out of hiding, and the battle lines have been drawn!

Cade Skywalker is back in action, as well-leading a personal vendetta against the Sith, and brought to the brink of having to accept his family legacy or deny it once and for all!