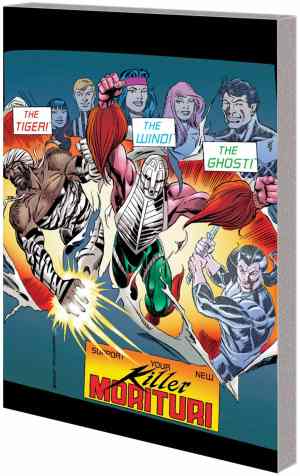 The war against the Horde is over, and mankind is victorious - so what do the Morituri do now? As the Earth heals from its lengthy occupation, the surviving Strikeforce members must come to terms with their own looming mortality, even as new and deadly dangers arise on the post-war planet - including a group of Morituri-empowered assassins targeting the Prime Minister, and a secret conspiracy threatening to sunder Earth's united government. And what is the sinister hidden agenda of the alien VXX199? The epic sci-fi sensation of the '80s concludes here! Collecting STRIKEFORCE: MORITURI #27-31 and STRIKEFORCE: MORITURI - ELECTRIC UNDERTOW #1-5.