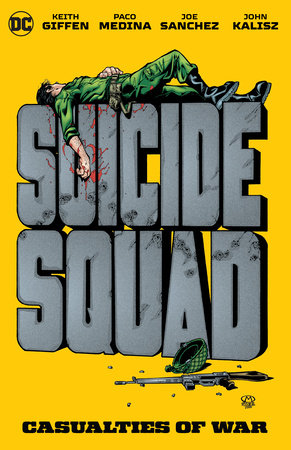 In the aftermath of “Our Worlds at War,” Sgt. Rock—now a general—is back in action to lead the Suicide Squad to victory, or to death. But can the new Squad’s leader come up with a plan to take on a biological weapon that’s gone out of control? Uncover who is really behind this new Suicide Squad in these tales. Can Rock’s hastily formed team of Deadshot, Killer Frost, Major Disaster, Reactron, and Blackstarr stop trying to kill each other long enough to prevent the end of our entire planet as we know it? Collects Suicide Squad #1-12 (2001).