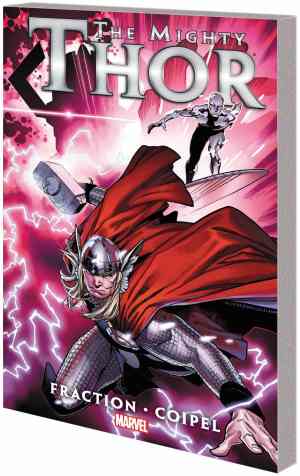 What is the Worldheart? Plucked by Thor and his companions from the deepest roots of Yggdrasil - the World Tree, split in twain - the cosmic seed is now the most coveted object in Odin's possession. But the Silver Surfer - herald of Galactus, devourer of worlds - recognizes the Worldheart as the one object that could forever sate his master's apocalyptic appetite. Now, the Surfer has come to Asgard to claim a prize Odin will not surrender without a fight - and Thor is caught in the middle. Will he entrust the Worldheart to the Surfer for the betterment of the universe, or choose instead to fight to the death for the glory of Odin? Collecting MIGHTY THOR #1-6.