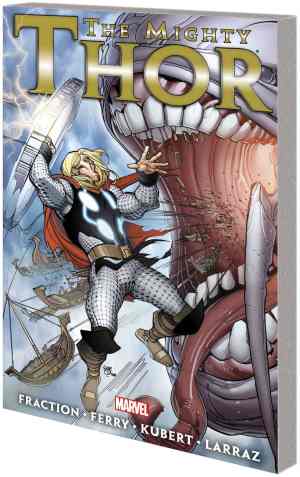 The Serpent is dead. With Odin in self-imposed exile, the All-Mother has ascended. A new Asgard rises from the ashes of the old. And as ever, the Mighty Tanarus embodies its fighting spirit, a prince among gods and the mightiest of Earth's heroes. But who in the Nine Realms is Tanarus? And what does it mean for Asgard's future when Loki, God of Mischief, is the only one who can set matters right? Thor, God of Thunder is dead - long live the God of Thunder! Collecting THE MIGHTY THOR #7-12 and FEAR ITSELF: THOR #7.2.