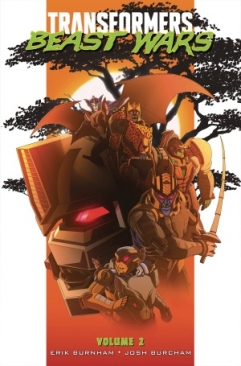 The new Beast Wars universe continues to evolve, with new characters and surprising team ups, as Maximals and Predacons vie for supremacy! Following their first battles, both teams are licking their wounds, but they won't get to rest for long. Pods filled with new bots are landing planetside, and Optimus Primal and Megatron are each eager for new recruits! But what if the only side a new arrival wants to join is their own? The mysterious Blackarachnia makes her debut! Plus, Skold must prove herself to the other Predacons by winning over a potential ally. Collects #7-12.