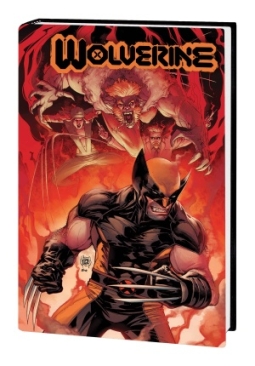 The best is back! Wolverine has been through a lot. He's been a hero and a killer. An X-Man and an Avenger. He's been to hell and back. Now as the nation of Krakoa brings together all mutantkind, can Wolverine finally behappy? Or, now that he finally has everything he ever wanted, does he suddenly have everything to lose? Old enemies cause new problems, including Omega Red, Lady Deathstrike, Sabretooth and Dr. Cornelius - but Logan must make an unlikely alliance when he faces the relentless evil that is Dracula! And the Flower Cartel has enlisted the deadliest foe of all: Wolverine himself?! Plus: A mysterious foe is making moves against the former members of Team X, leaving bodies in their wake - which leads to a difficult reunion between Logan and his old ally Maverick! Collecting WOLVERINE (2020) #1-5 and #8-12.