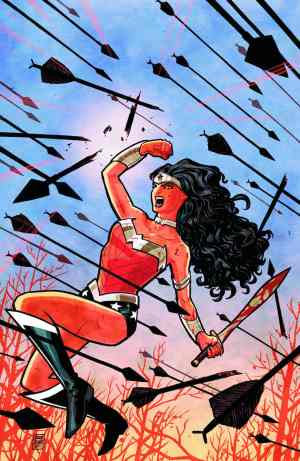 The first six issues of the critically acclaimed new WONDER WOMAN series are collected in hardcover! Hippolyta, queen of the Amazons, has kept a secret from her daughter all her life - and when Wonder Woman learns who her father is, her life will shatter like brittle clay. The only one more shocked than Diana by this revelation? Bloodthirsty Hera - so why is her sinister daughter, Strife, so eager for the truth to be told? Superstar writer Brian Azzarello creates a new direction for one of DC's best-known heroes, with spectacular art by Cliff Chiang and Tony Akins!