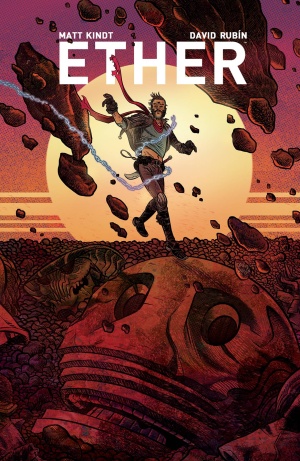 From New York Times bestselling Mind MGMT creator Matt Kindt and Black Hammer's David Rubín comes an interdimensional, genre-bending, sci-fi, fantasy, mystery adventure! Interdimensional explorer Boone Dias, a brilliant scientist from Earth, enters the magical world of Ether and stumbles onto a great responsibility that takes him through the center of volcanoes, deserts full of living mummies and sphinxes, and a bizarre fairy forest-all leading toward a final climactic battle for the fate of both worlds. o Collecting every issue of Ether in an affordable omnibus edition, along with every cover and all published bonus content.