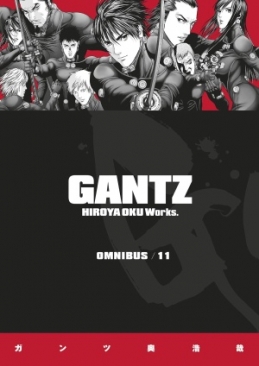 While Gantz teams make a desperate assault against the alien mothership to free the imprisoned humans-including Kei's beloved Tae-the public receives news that the devastating war is over! To the world at large, a new day of peaceful coexistence is dawning, but before tranquility can be achieved, something must be done about the Gantz 'terrorists' who threaten the new peace. So now the Gantz warriors face not only the monstrous ETs, but the entire human race! Collects Gantz volumes 31-33.