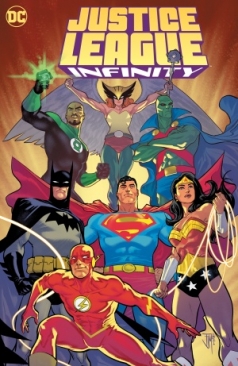 From Justice League Unlimited producer James Tucker and series writer J.M. DeMatteis comes an all-new season starring the World’s Greatest Heroes! The doors to the Multiverse are cracked open, sending the Justice League hurtling to different Earths, where things aren’t quite as they appear! Can the Justice League band together with heroes across multiple Earths and put a stop to an ancient evil, or will all of existence disappear once and for all? Collecting Justice League Infinity #1-7!