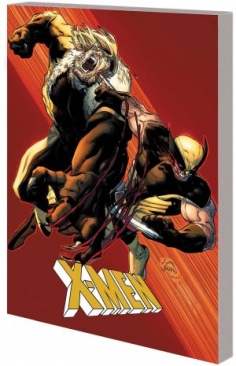 Legendary storytellers tell new tales featuring classic heroes! He goes by many names - Logan, Weapon X, Patch - but most just call him the Wolverine! Three savage sagas show exactly why Wolverine is the world's most dangerous mutant - and the best there is! Brace yourself for blood, blades and brutality - you asked for it, bub! Then, the greatest creators the Great White North has to offer unearth the secret history of Alpha Flight with tales spotlighting the Canadian team's most iconic lineup! Finally, Chris Claremont and Bill Sienkiewicz reunite with the New Mutants for an untold tale from the past! Can the teen team cope with a haywire Warlock and the growing threat of Magik's inner demon? Collecting WOLVERINE: EXIT WOUNDS, ALPHA FLIGHT: TRUE NORTH and NEW MUTANTS: WAR CHILDREN.